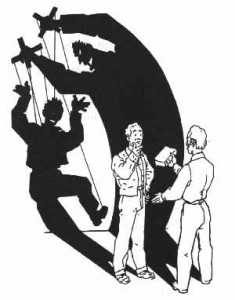 I felt like writing this article to share some techniques of influence/manipulation while I was reading the french book “Little Treaty of manipulation for honest people (“Petit Traité de manipulation à l’usage des honnêtes gens”), a very interesting book of social psychology. It is about psychological mechanisms, easy to understand, that everyone should know to use them (correctly) or to get protection.

In 1990, Joseph Nye developed the notion of Soft Power.¹ It was a little revolution at that time, Nye explained that the power of a Nation did not depend on its military strength but its power of attraction and cooptation, thanks to its culture, its political values and its diplomacy. In line with this idea, Robert-Vincent Joule and Jean-Léon Beauvois (authors of the book I just mentioned earlier) rely on cognitive sciences to understand how, on an individual scale, it is possible to manipulate the perception of others.

The book refers to one big theory, the one of engagement. More our ego is engaged in an action, more it will pursue the rationality of this engagement. For exemple, a businessman choose to invest money in a subsidiary. Quickly, the subsidiary starts to lose money. However, besides the growing lost, the businessman continues to invest in this subisidiary. The propensity to rationalise ans to adhere to the first choice (his engagement), even if it a bad one, is strong enough  to drive him toward a new investment for this subisidiary. In the same situation, the rationnal choice of a new manager would not be the same.

Accordingly, decision time is crucial to define the course of future actions. Boot techniques have been created to manipulate this determinant moment. The most simple techniques are basically to lie on several aspects or to omit consequences of the action we want somebody to do. For example, following a request, a person engaged herself to attend a professional meeting the next morning. A few hours laters, she learns that the meeting will take place very early in the morning (at 7!). Being already committed to attend the meeting, the person will be reluctant to decline her first engagement, even if the conditions have changed and some (key) aspects influencing her decision have been omitted. Moreover, she had to take two decisions (the second time when she received the info about the meeting’schedule), which will increase her level of commitment.
It is possible to influence the notion of engagement, influencing the feeling of freedom perceived by a person during its decision-making. More a person feels free of its choice, more the person feels engaged and committed to this choice. Reciprocally, more a person feels compelled to follow a path of action, less the person feels committed to that action. For example, a teacher wants to motivate its pupils to thrive and to give the best of themselves for a homework. A big reward or the threat of a big sanction are less efficient on pupils’ engagement than the promise of a proportional reward or to rely on free will. In fact, a big reward is perceived by pupils as an external constraint to the internalization of commitment, it is a factor of disengagement. regarding free will, it is a successful technique as long as the pupil knows what is the will of the teacher (good homework). In the case the teacher moves down this road, free will is influenced by the power relation between the teacher and the pupils. In that case, the pupil’s free will is a form of voluntary submission to the teacher’s authority, it is a case of strong commitment.
To increase somebody’s engagement, there is the foot-in-the-door technique. Within a context of free choice, the technique consists of extorting a not so problematic and not so expensive behavior to someone in order to make a more expensive and problematic request later to the same person. Statistically, it is working very well. For example, asking the time to somebody in the street and then asking for money is much more successful than asking directly for money. It is a phenomoneon of perseveration in the decision (the engagement) already taken. For good chance of success, there a must a minimum of engagement in the first decision, a similarity between both requests and preferably a tight timing.
Another technique is called the door-in-the-face technique. Its principle is quite simple. It is about formulating a request which would be too important to be accepted and then to ask a more reasonable request which correspond to the expected behavior. For the technique to be successful, both requests must be expressed in person, variation between requests must be only on cost, requests must be legitimized by a noble cause and cannot by timely spaced.
The technique of foot-in-mouth is about preceding a request by a question such “how are you today?” It enables to increase significantly the percentage of approval for the request tom come. Finally, the foot-in-the-memory technique is based on a cognitive dissonance. It is about asking to an interlocutor to remember previous behaviors in dissonance (in contrast) with an expected conduct which is however theoretically approved by the interlocutor. Let’s take an example. The action takes place in a company. An auditor asks an employee what he thinks about punctuality. The employee agrees on the importance of punctuality. Then the auditor asks the employee to remember all times he was late at work. It is very likely that the employee will then modify its behavior. Why? The employee will try to eliminate the gap between the principle he adheres to and his perceived behavior. He wants to be rational.

For more information, I invite you to read the “Petit traité de manipulation,”2  an easy to read book (I know, it is in french, but maybe it is translated), a good introduction to social psychology, a reading which should influence your perception of social relationships…

One thought on “How to influence a decisional process” 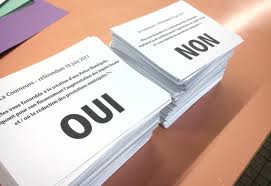